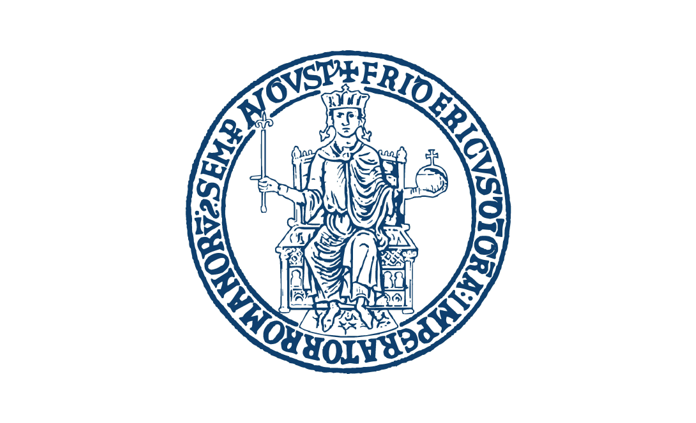 The University of Naples Federico II is the main university in Southern Italy and one of the most important in Italy (in the second half of the twentieth century the University of Naples is the second in the country in terms of size after the University Sapienza of Rome). Established by Frederick II (Emperor of the Holy Roman Emperor and King of Sicily) through a generales licterae, it is the oldest state secular university in Europe.
It currently has 4 schools: Science and Technology, Humanities and Social Sciences, Agriculture and Veterinary Medicine, Medicine; 26 departments and 2508 among professors, associate professors and assistant professors.
The Department of Political Science (UNINA-DPS) is one of the new 26 Departments of the University of Naples Federico II, activated by the National Act n.4168 of 28.12.2012 following the national reform of the University imposed by the previous National Act 240/2010. It consists of 80 lecturers. According to its foundation charter the Department’s project is interdisciplinary and based on the integration of related and complementary disciplines in the field of Political Sciences, Law, Sociology and Statistics. Over the years, the Department has managed to acquire a more structured and flexible organizational structure, aimed to the study of complex political and social problems of contemporary society throughout precise assessments and comparative approaches. In full respect of the needs of scientific knowledge, it offers a complete picture of solutions and concepts adapted to the commitments solicited in the third millennium by society and by economic competition.
The articulated degree courses (Political Science, Political Science of Administration and Statistics) allow our graduates to effectively face reality thanks to training modules, which have definitely overcome the traditional separation between humanistic and scientific knowledge. The Department has taken on the task of staying at the forefront of the change process under way in Italy and in Europe. It promotes, at a scientific and didactic level, a more advanced methodological scheme in the field of political and social sciences, strengthened by the full and vital participation in the dynamics of the means. These studies are intended for all those who want to enter the world today with effective opportunities for participation in production and decision-making processes; in fact, UNINA-DPS cultivates and promotes the study of the structures and institutions, but focuses equally on the articulation of functions, from standardization to communication, to economic and social policies, the territory and development. Without neglecting the historical and theoretical foundations of the articulation and the management of power, it aims to help the students orient themselves in a complex and articulated system like the European one, of which our democracy is an integral part.
The NAC Laboratory (Natural and Artificial Cognition Lab) of the University of Naples is also involved in the present project. Led by Prof. Orazio Miglino, NAC laboratory has long and extensive experience in the development of technologies for learning. Within this sector, both from a theoretical and practical point of view, the laboratory conducts research in different areas of the psychological and cognitive sciences. The lab has a multidisciplinary nature, where collaborate psychologist, statisticians, engineers and computer scientists. The main focus lies on both lines of basic and applied research: 1. the reproduction of biological, psychological and social phenomena in artificial environments (artificial systems); 2. the application of the results of this line of research in educational (learning contexts of different types and levels) and evolutionary sectors (development of technologies to enhance and support cognitive processes). To this end, the NAC has developed over the years in numerous national and international research projects, a large number of related software platforms and training methodologies (including serious game) to support the teaching / learning processes in different contexts (school, training, business).
Relevant are the participations of the Department (and NAC) in several European-funded projects, both with coordinative roles and in partnership with leading European industrial and academic entities.

You can find out more about which cookies we are using or switch them off in settings.

This website uses cookies so that we can provide you with the best user experience possible. Cookie information is stored in your browser and performs functions such as recognising you when you return to our website and helping our team to understand which sections of the website you find most interesting and useful.

You can adjust all of your cookie settings by navigating the tabs on the left hand side.

Strictly Necessary Cookie should be enabled at all times so that we can save your preferences for cookie settings.

If you disable this cookie, we will not be able to save your preferences. This means that every time you visit this website you will need to enable or disable cookies again.